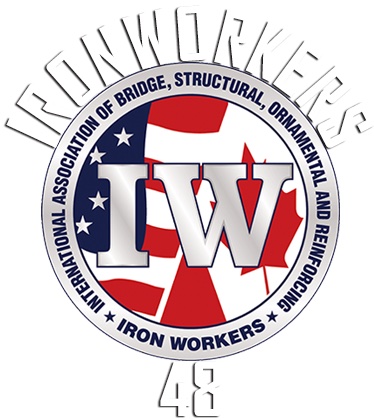 The common term for a group of workers looking to join a union is “Organizing.” Workers organize for various reasons, be it to improve their working conditions, increase their pay or benefits, and/or to create a better working environment. We encourage you to read more about us to see if joining our union is right for you and/or your coworkers.

The American Promise is that if we go to school, work hard, and become a productive and faithful employee, we can then expect to support a family, raise and educate our children, enjoy a healthy and fulfilling life and retire with dignity. We weren’t supposed to have to win the lottery, or be a corporate executive to enjoy the American dream.

That was the vision of middle class Americans, who once modeled the image of what it was to be an American. The middle class is disappearing in direct proportion to the demise of the American union movement. After World War II, nearly 30 percent of our work force belonged to unions. Today, barely half that are organized. Today, a few own the world’s resources while most live in poverty.

Wages of $8 per hour are common. For most of these workers there is no health insurance or retirement plans. The result? Taxpayers across the United States are making up for what employers should be paying with public assistance programs. That’s corporate welfare.

Why are wages so low? Because that’s the easiest way to increase profitability. The result? Today, the wealthiest one percent own as much of our nation as ninety percent of the rest of us. Corporate CEO’s can earn 500 times the wages paid their workers.

The freedom to form unions is a basic human right. In 1935, the US Government enacted the National Labor Relations Act that said, “Employees shall have the right to form…labor organizations…to bargain collectively…(and employers may not) interfere with…the exercise of…this right.” In 1948, the US joined four-fifths of United Nations member states to ratify the Universal Declaration of Human Rights which included the right of all people to come together in unions.

Workers form unions because there is power in numbers. Where unions are strong, employers must bargain collectively to set the terms and conditions of employment. The demand for profits must then be compromised with fairness toward workers.

When American workers seek to exercise the right to form a union, they nearly always run into a buzz saw of employer threats, intimidation and coercion such as:

According to Human Rights Watch, the treatment of workers by employers and the failure of the US government to prevent it constitute a serious violation of human rights. Their report says, “Many workers…are spied on, harassed, pressured, threatened, suspended, fired, deported or otherwise victimized in reprisal for their exercise of the right to choose a union.”

The consequences have been devastation for all of American society. When collective bargaining is suppressed, wages lag, inequality and poverty grow, race and gender pay gaps widen, society’s safety net is strained and civic and political participation are undermined.

Union members earn 28 percent more than nonunion workers. But stronger unions raise living standards and improve the quality of life for everyone. In the 10 states in which unions are the strongest, there is less poverty, higher household income, more education spending, and better public policy than in the 10 states where unions are weakest.

35 Things Your Employer Cannot Do:

1.  Attend any union meeting, park across the street from the hall or engage in any undercover activity which would indicate that the employees are being kept under surveillance to determine who is and who is not participating in the union program.

2.  Tell employees that the company will fire or punish them if they engage in union activity.

3.  Lay off, discharge, discipline any employee for union activity.

4.  Grant employees wage increases, special concessions or benefits in order to keep the union out.

5.  Bar employee-union representatives from soliciting employees’ memberships on or off the company property during non-waking hours.

6.  Ask employees about union matters, meetings, etc. (Some employees may, of their own accord, walk up and tell of such matters. It is not an unfair labor practice to listen, but to ask questions to obtain additional information is illegal).

7.  Ask employees what they think about the union or a union representative once the employee refuses to discuss it.

8.  Ask employees how they intend to vote.

9.  Threaten employees with reprisal for participating in union activities. For example, threaten to move the plant or close the business, curtail operations or reduce employees’ benefits.

10. Promise benefits to employees if they reject the union.

11. Give financial support or other assistance to a union.

12. Announce that the company will not deal with the union.

13. Threaten to close, in fact close, or move plant in order to avoid dealing with a union.

14. Ask employees whether or not they belong to a union, or have signed up for union representation.

15. Ask an employee, during the hiring interview, about his affiliation with a labor organization or how he feels about unions.

16. Make anti-union statements or act in a way that might show preference for a non-union man.

18. Purposely team up non-union men and keep them apart from those supporting the union.

19. Transfer workers on the basis of union affiliations or activities.

20. Choose employees to be laid off in order to weaken the union’s strength or discourage membership in the union.

22. By nature of work assignments, create conditions intended to get rid of an employee because of his union activity.

23. Fail to grant a scheduled benefit or wage increase because of union activity.

24. Deviate from company policy for the purpose of getting rid of a union supporter.

25. Take action that adversely affects an employee’s job or pay rate because of union activity.

26. Threaten workers or coerce them in an attempt to influence their vote.

27. Threaten a union member through a third party.

28. Promise employees a reward or future benefit if they decide “no union”.

29. Tell employees overtime work (and premium pay) will be discontinued if the plant is unionized.

30. Say unionization will force the company to lay off employees.

31. Say unionization will do away with vacations or other benefits and privileges presently in effect.

32. Promise employees promotions, raises or other benefits if they get out of the union or refrain from joining the union.

33. Start a petition or circular against the union or encourage or take part in its circulation if started by employees.

34. Urge employees to try to induce others to oppose the union or keep out of it.

35. Visit the homes of employees to urge them to reject the union.